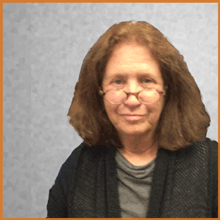 I am a psychologist practicing in Toronto. I began my professional career as a teacher, first of very young and then older children, and then of teachers and day care workers. I found that my interest was in personal development more than academic skills. I wanted to help people to be mentally healthy and happy. I moved from education into psychology, focusing on psychological research at Columbia University and later on clinical work through the University of Toronto. My first practicum patient was meant to be something fairly simple and straightforward – an assessment of learning style – but turned out to involve intense emotional and behavior issues that required crisis intervention. I became open to work with the more extreme kinds of problems that can emerge, as well as the more common issues that can interfere with so many of us.

Registered with the College of Psychologists of Ontario

In addition to clinical work, I am involved in professional presentations.

What teens need and what is possible.  Mental Health Tune Up 2002.

Working with Mental Health Issues with Young Offenders: a series of workshops for The Ministry of Social Services.  2000 – 2001.

Why Attachment is Important.  Psychology in Everyday Life Conference. Nov. 1999.